The Most Challenging Nancy Drew Games 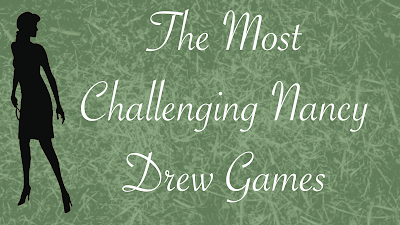 While I was playing around in Google Analytics, I decided to go and look at what people were searching to find my blog.  Well, one of these searches was and I quote, "Hardest Nancy Drew Games."  So, I thought, why not write a post about what I believe are some of the most difficult Nancy Drew games there are to play.  So thank you random user who decided to search the internet.  This post is all based on what games I found difficult due to challenging puzzles and game play.  So, let's get started!

To make this a little easier, the game that I believe are the most difficult will be at the top of the list while the games closer to the bottom of the list. 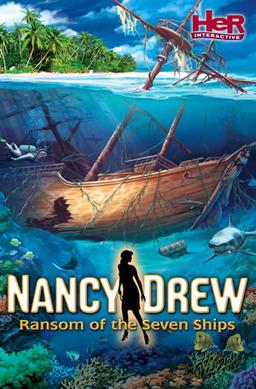 Ransom of the Seven Ships
Dive into Danger to Rescue Bess from Kidnappers! Your friend Bess Marvin is kidnapped and the only chance you have to save her is by solving a 300-year-old Bahamian mystery! Dangerous waters keep treasure hunters from exploring the reefs around Dread Isle, but this remote island might hide the riches of El Toro’s lost fleet! Can you, as Nancy Drew, track down the treasure before time runs out?

This has to be one of the most difficult games I have ever played.  I don't know what it is about this game but it is a nightmare for me to play due to the difficult puzzles such as driving the boat around and the hour glass puzzle.

The Shattered Medallion
No One is Immune to Sudden Death on this Reality TV Show! Ever since the Secret of the Scarlet Hand, the eccentric Sonny Joon always seemed a step ahead of Nancy Drew. That changes when Nancy and George travel to New Zealand and compete in the hit reality TV contest, Pacific Run. Sonny runs the show, but it’s spiraling out of control. Are the mishaps the result of cheating competitors or something beyond this world? Win big to uncover the truth!

When this game was first released I was super excited to play it!  However this game in my honest opinion was super hard.  Again it comes down to the puzzle and for the most part, I got lost a lot in the storyline which didn't help solving the puzzles. 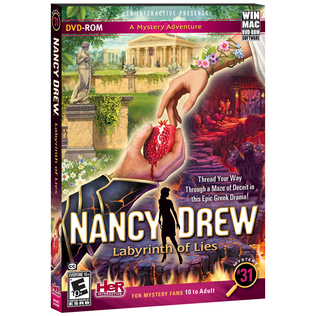 Labyrinth of Lies
Thread Your Way Through a Maze of Deceit in this Epic Greek Drama!
A museum curator hires you to assist with the most anticipated event of the year, but artifacts from the exhibit are mysteriously disappearing. Are these mishaps connected to the amphitheater’s upcoming performance? Or is an unseen villain pulling strings behind the scenes? Uncover the truth and recover the missing artifacts from the Labyrinth of Lies!
This amount of puzzles in the game in great.  However this puzzle in the game such as the puzzle in Hell is so difficult.  Now it could be just my lack to paying attention to detail in this game but I honest felt like I had to cheat mostly thought the game to figure out some of these harder puzzles. 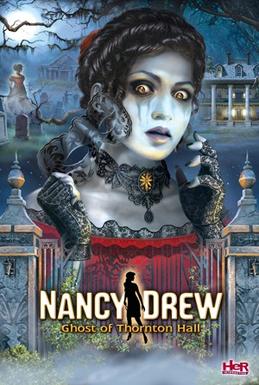 
Jessalyn Thornton’s fateful sleepover at the abandoned Thornton estate was supposed to be a pre-wedding celebration, but the fun ended when she disappeared. While her family searches for clues, others refuse to speak about the estate’s dark past. Did something supernatural happen to Jessalyn, or is someone in Thornton Hall holding something besides family secrets?
Though this game can be a little easy, I found that I really struggled on what to do next in the game as I seem to always get stuck wandering the cemetery or the house in search for my next clue.  The puzzles in the game are such a fun challenge.  I honestly just kept getting stuck at the simple things since everything is super well hidden in this game as you really need to put on your sleuths hat and observe everything you see in the game. 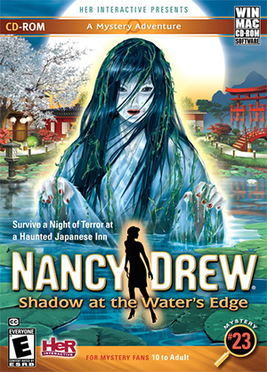 Shadow at the Waters Edge

Confront Terrifying Secrets in a Haunted Japanese Inn!
Traditional Japanese family ryokans (inns) are charming places, but a vengeful ghost is terrifying you and other unsuspecting guests. Is there a shadowy specter haunting the placid inn or is something far more sinister driving away business?
Though this can can be found difficult, I love this game to death with the amount of puzzles there are.  Maybe because I love the location of the game that it make it easier for me to play.  However when it comes to some of the puzzles such as the locked door or sudoku puzzles I can understand why this game difficult.

Thank you everyone for reading!  I hope you enjoyed reading my list of some of the most challenging Nancy Drew games.  Honestly I love each and every game Her Interactive has made but the really kick the bucket on difficulty.  So, do you agree with my list and if not, what Nancy Drew games do you think are the most difficult?  Let me know down in the comment down below.