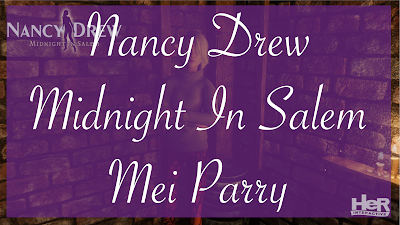 For this weeks image for Nancy Drew Midnight In Salem they released another image of Mei Parry!  This isn’t the first time we’ve seen Mei before, with her first debut in the teaser trailer and with a fan released images from Geek Girl Con.  So let get started!

Since this isn’t the first time we saw Mei I will admit that I don’t see anything new with her except that her scars are a little bit more viewable than before as we can see slightly behind her hair and what looks like possible a little bit around her neck.  I can’t say for sure but my guess of what happened to her is she was hurt in a fire for some reason and she is trying to hide herself in a way.  Her crossed arms in the image tell me she is not reciprocating and is closing herself off from Nancy and what we are they are talking about. 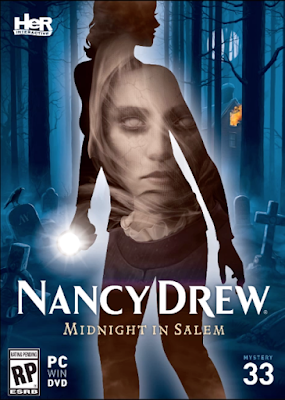 Now this is a new location.  I’m not sure exactly where this is but I can only assume that we might be looking at a basement of some kind.  Though I don’t thing open wood with candles near by is a good thing.  Looking at the wall next too Mei we can also see in two of the brick that the letters “AN” are etched into the wall.  This “AN” was also found on one of the tomb stones on the game cover.  So this must be an important clue but now the question is, to what?

Thank you everyone for reading.  So what do you think of Mei Parry?  Let me know what you think in the comments down below.