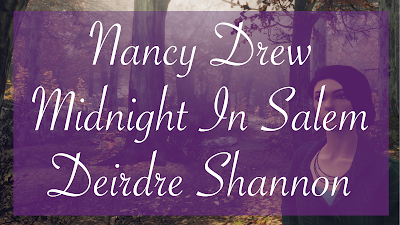 As predicted from last week, Deirdre Shannon was the next character that was released by Her Interactive.  As we are getting closer to the release of Midnight In Salem we will probably get to see more of their finished characters over the up coming weeks.  So let's get started!

From what I’ve seen so far she looks great!  Actually even better than her original design in Alibi in Ashes.  From her original design she looked younger in ASH, yet in this one she looks much older or more mature.  I’m supper happy how finished she looks since it doesn’t look like she needs any fixes or changes what so ever.

To be honest she also reminds me of another game character.  I’m not sure why Laura Croft from Tomb Raider comes to mind but thats kind of what I see.  Looking at the picture here, I can see it in the mouth, nose, eyes, eyebrows, and slightly in the head shape.  Though it isn’t an exact match, the similarities are there in my opinion and I think that she still looks fantastic.

Thank you everyone for reading!  We only have 18 days before Midnight In Salem is officially released and I am counting down the days!  So what do you think of Deirdre Shannon?  I would love to know down in the comments bellow.