Spooky Games to Play This Halloween 2019 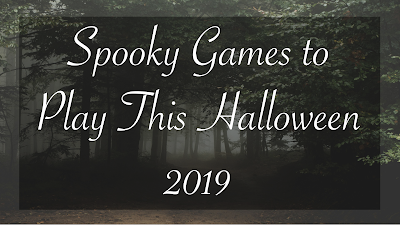 Its getting close to Halloween and you know what that means!  It means spooky game marathons for all us video game lovers.  I did one of these last year and I had such a fun time playing all those scary games.  This year, I though I would share a few scary games that you could play for this Halloween. 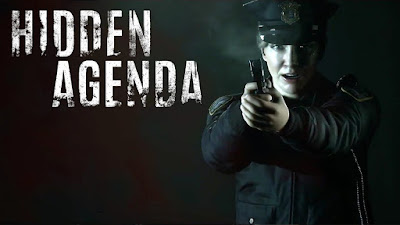 Blending the best elements of movies and games, this story based adventure drops you into a tale rife with chilling moral dilemmas. Up to six of you can join in and influence the narrative, but beware – not all of you will be working towards the same objective…

This game was so much fun to play and nerve recking to say the least.  In this game you play as a detective was being told that the inmate she arrested is being executed soon.  The criminal speaks out about how he lied to cover for someone else.  As you investigate these claims, you start to notice not everything is what it seems.  You can play this game with up to 6 people using the Play Link app for Playstation.  Daniella, Raenna, and I had so much fun playing it, though we fought because someone didn’t make the right decision when they were told.  Anyway, this is a great game to play with friends and family. 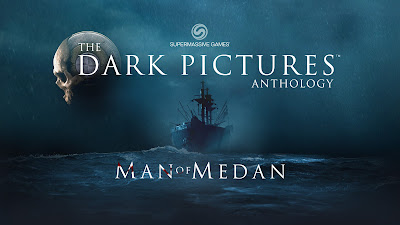 Four Americans, brothers Alex (Kareem Alleyne) and Brad Smith (Chris Sandiford), Alex's girlfriend Julia (Arielle Palik) and her brother Conrad (Shawn Ashmore), travel to the South Pacific Ocean on a dive boat called The Duke of Milan accompanied by the boat's captain Félicité "Fliss" DuBois (Ayisha Issa) for an underwater diving expedition, in search of a submerged WWII plane wreck. But as the day progresses and a storm approaches, unexpected events cause the friends to become trapped on board of a large ghost ship, later discovered to be the fabled Ourang Medan, where their worst nightmares become reality. With their safety threatened, their sanity tested, and their survival at stake, the group must make swift life-or-death choices that could either lead them to freedom or cause them to suffer fatal consequences.

This game was created by the same people who created Until Dawn.  Which was one of the games that I recommended last year.  Though I haven’t played this game yet, I’m still recommending it based on the fact that you can also play this game with friends.  So I’m looking forward to either playing this game or watching my family play it if I get to scared. 15 years after the events of the original Alien film, Amanda Ripley, daughter of Ellen Ripley, learns from Christopher Samuels, an android working for the Weyland-Yutani corporation, that the flight recorder of her mother's ship, the Nostromo, was recently located by the crew of a salvage vessel, the Anesidora. The flight recorder is being held aboard Sevastopol, a remote space station owned by the Seegson corporation, in orbit around the KG-348 gas giant. Samuels offers Ripley a place on the Weyland-Yutani team being sent to retrieve it so that she can have closure regarding the fate of her missing mother. Ripley, Samuels, and Weyland-Yutani executive Nina Taylor travel to Sevastopol on board the Torrens courier ship. The group arrives at Sevastopol to find the station damaged and its communications offline. They attempt to spacewalk over to the station to investigate, but their EVA line is severed by debris, and Ripley is separated from the others and forced to enter the station on her own.

This game is one of my friends, Raenna, favorite games to play.  Though she had to use a mod to help keep the alien from killing her during some part of the game.  She had a blast playing it.  She really enjoyed the story and the overall game play and she loved all the crafting, the overall scare of the game. 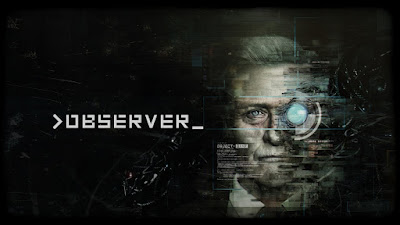 What Would You Do if Your Fears Were Hacked?
You are Dan Lazarski, an elite neural detective known as an Observer, and part of a corporate-funded police unit whose purpose is to hack and invade suspects’ minds. In this future, anything you think, feel or remember can be used against you in a court of law.
The year is 2084. If you somehow survived the Nanophage, odds are you were killed in the War. Those who live have turned to drugs, VR, neural implants— anything to distract themselves from this new reality. But they can’t hide from you.

Now this game is interesting.  I watched this game back when everyone was playing it on Youtube and though I don’t remember a whole lot abbot it.  What I do remember is that it was creepy as all hell and it made me super jumpy.  I just got the game on Epic Games and I can't wait to play it. 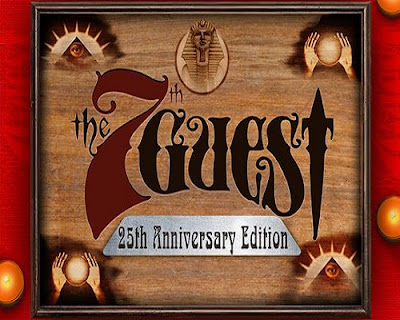 Henry Stauf's mansion has been abandoned for as long as anyone dare remember. Stauf was a master toy maker, a maker of amazing puzzles and this strange, eerie, mansion was his greatest creation.
It stands empty, rotting ever since children started dying with his toys near them, ever since six guests came and were never seen again.

Now, you are in the house, moving from one room to another, trying to remember and trying to forget. Because Stauf's game isn't over. There were six guests the world knew about - and there was one other.
The mansion of horror comes to life again and only you can end this mad nightmare and learn the secret of the 7th guest.

Now this is an older game.  The game was originally bought for an iPad, however I don’t think I was every able to finish the game as I can’t exactly remember how far I even got in the game.  Well, I think this Halloween it might be a good idea to brush off my fancy clothes and go visit the Mansion.

Thank you everyone for reading.  For those of you that celebrate Halloween, Happy Halloween!  If you don’t, have fun scaring yourself with these spooky games!  So what spooky games are you planing to play this Halloween?  Are you going to play any of the games I listed?  I would love to know down in the comments down below.