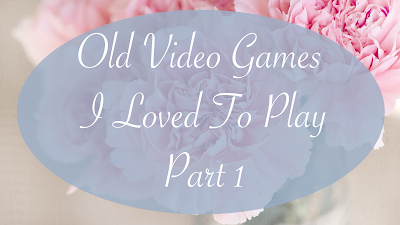 While I was trying to plan out blog posts, I was wondering what kind of posts I could write for my blog.  The first thing I thought of was pulling out some of my old favorite games from when I was younger and making a list of some of my favorite ones to play.  Sadly all of these game are no longer being made as many of the companies basically left the games to die, only leaving them as distance memory.  However, I will revive them so that they will always be remembered for me at least.

Some of these games I still own, and as long as I use an older computer then they work wonderfully!  Many of these games that I remember form my childhood hold a special place in my heart since they were my first steps towards playing games and expanding my collection. 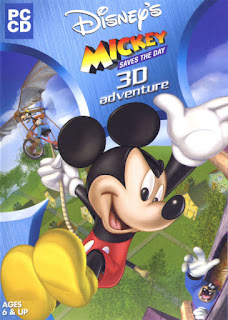 Mickey Mouse Saves The Day
This was an all time favorite for Daniella and I we literally played this game until it no longer worked.  A.K.A the game disc was super scratched up and there was no saving it.  The game passed away very missed but loved…  The game was released on October 5, 2000 and focused on you playing as either Minnie Mouse or Mickey Mouse and trying to save the other from Evil Pete who kidnapped them!  The storyline is completely the same no matter who you play as and focus on you solve puzzles, finding clue and items to complete the flying machine to save them.  I remember sitting there for hours playing this game.  My most favorite puzzle being the Sandwich Hero where you needed to make different kinds of sandwich orders. 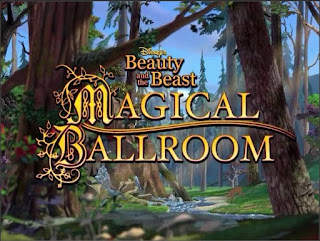 Beauty and the Beast Magical Ballroom
This was another game that Daniella and I play forever on.  Making multiple sets of tea parties, finding hidden keys, and having so many balls with Belle and the Beast.  This game came out in 2000.  Similar to the Micky Mouse game, the game was played until it broke or until the game code became corrupt and got stuck.  Ironically I was able to get a brand new disc for the game on Amazon that was never opened.  Which after playing it again it was then proved that the game was broken not the disc. 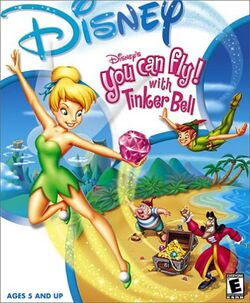 You Can Fly With Tinker Bell
This game was of course another favorite, however, this was more of Daniella’s favorite game since I’m horrible with these style of arcade games.  The game came out on February 18, 2002.  The goal was to earn treasure map pieces from each of the mini games to find the treasure before Captain Hook.  The amazing thing is, my copy still works and is in almost perfect condition. 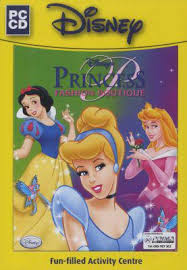 Disney Princess Fashion Boutique
This game was another favorite, however I will admit there isn’t much you can do in the game.  The game came out sometime in 1999.  I can’t find any information about it online except what’s written on the disc.  If I do then I will update this however this game seems to be one of the major forgotten games.  In this game you can basically create your own Disney Princess and go to one of the three princesses worlds in the game.  You have the choose between Snow White, Cinderella, or Briar Rose.  It was a super cute game and my game still works thankfully. 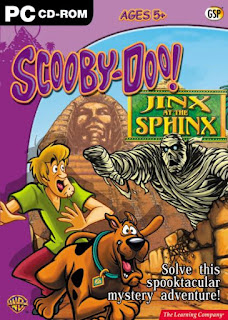 Scooby Doo Jinx at the Sphinx
I think everyone loves Scooby Doo and this game for Daniella and I was no exception.  The game was released in 2001, where the gang decided to travel in Egypt to visit Velma’s cousin, an Egyptologist, to find her missing.  While investigating you find that she’s not only missing but theirs a mummy on the loose, terrorizing the tourists.  The game is a simple puzzle and clues to collect.  Once you have everything then you can solve the mystery.  The fun part about this game is the villain is never the same.  I believe that the villain randomizes between all the suspects so it's like play a brand new game.  Out of all the Scooby Doo games created by the Learning Company this and Showdown at Sun Down are the only two games that I own.  Hopefully I can find a good copy of the other games online for a good deal.

Thank you everyone for reading!  These games only hit the tip of the ice berg when it comes to my collection of older games.  Sadly, many of these games aren’t made anymore which really breaks my heart.  I believe that all of these games should be either remade or even push out on Steam or GoG for everyone to enjoy.  Well since their are so many more games on my list than I thought, I think I might write another post with a few more of these games.  So have you played any of these games and if so, which ones have you played?  I would love to know in the comment below.  Also, I will be keeping my eye on Amazon to see if the games I’m missing are on sale over there.  Hopefully they aren’t too expensive.