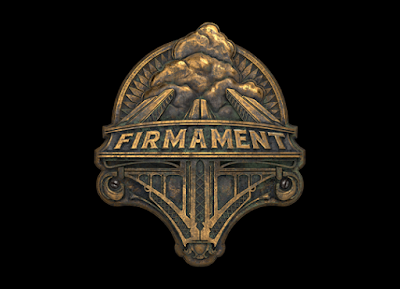 Myst games have been one of my most favorite games I have ever played.  I’ve been playing them since I was old enough to work a computer and even though I remember not understanding what I was doing, I was just amazing at the beautiful graphics of the game and how I was able to get so absorbed into the game.  Since the end of March Cyan, the creator of the Myst series and Obduction, released the Kickstarter to fund their new game Firmament, a VR game with the heart of the game being similar to The Myst Series and Obduction.

The second I saw this game being teased in 2018 with a quick little intro into what the game was going to be, I was super excited for it to be released.  Especially since I new that the game was going to be in VR.  I love playing VR games and being able to explore another world created by the Cyan team in VR will be amazing.  Though we don’t know much about the game, the creators over a Cyan share a tidbit of the beginning of the game, which you can either read here or over on their Kickstarter.

Firmament Story:
“A gasp for air... a release of chilled breath... the crackling sounds of melting ice.
You wake in a glacial cavern — perfused by blue. It's crowded with metal pipes and adorned with curious, clockwork gears.
Echoing machinery resonates in your ears as a massive metal door opens before you...
As you enter a dark chamber, warm lights flicker to life, revealing a frigid, yet intimate stone interior, supported by riveted iron beams. In the middle of this room is an ancient table - a tea cup on one end and a frozen body slumped over the other. The corpse’s hands hold an exquisite clockwork device — held out like an offering.
You reach for the device, and suddenly… a small whir… a blue glow is birthed from its core as it comes to life and lifts from the outstretched palms of the rigid stranger. It hovers above you, watching.
An apparition appears with a message from the woman that left this gift. She planned to mentor you...
...but something has gone terribly wrong.
An immense, unexpected adventure now lies ahead…”

After reading that I was instantly excited to go and explore this up and coming world and I just had to become a part of this.  Cyan offers many different tiers rewards on Kickstarter, depending on the type of funding you choose.  There are 8 different options you can choose from.  Due know, the higher tier you purchase you will also get the rewards from the tiers below it.

The goal for funding Firmament was to reach $1.2 Million dollars for the base portion of the game.  This will give players the ability to play the game on PC, Oculus Rift, and Steam VR.  However if we could get them to reach their extended goal of $1.4 Million this will give them the ability to make the game for not only Mac, but for PS4 and PS4 VR, which if you ask me, the $1.4 million sounds like the better option for me.  I have already chose one of the tiers to support the game and I can’t wait to play it.

However, they still have not reached their main goal for making the game yet.  We still have until the 26th of April at 3pm MST time to get the base game funded at $1.2 million, however don’t wait if you want to support them in their next game.  Now I have mentioned that this game will be a PC and VR game, however, the game can be MAC and PS4VR compatible if they can reach their extended goal of $1.4 million.

Thank you everyone for reading.  If you haven’t picked one of the tiers to donate yet then please do.  Also if you think anyone you know would like to play this game then share it with them!  The more we share the kickstarter with everyone, the greater of a chance we will have in getting this game made along with getting a Mac compatible and a PS4VR version.

While you're at it, go check out Cyan and the social media pages for Firmament.