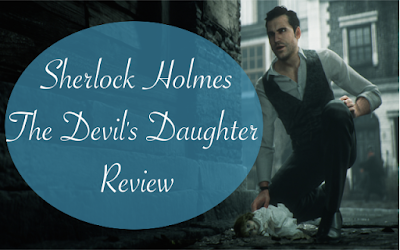 The premise of the game follows Sherlock Homes as he solves five cases.  Each case makes Sherlock confront dark family secrets in his own life and the life of others.  Once a new lady next door moves in and begins to interfere with not only his life but the life of Sherlocks beloved adopted little girl, he will do everything in his power to protect the ones her cares about.


The game focuses on 5 cases (Prey Tell, A Study in Green, Infamy, Chain Reaction, and Fever Dreams). The first four cases in my opinion were the best.  They challenged my think process on how to solve each case.  For the fifth case I found it lacking as well as the ending.  The fifth case was very sporadic and seemed to be very sloppy.  It felt that this case was thrown together to say this is an ending.  Without spoiling the game ending, to me it felt like jumping off the deep end without a floatation device, not knowing how to swim in the middle of a typhoon.  However, after all of that I still find that the first 4 cases are still worth playing.

The graphics in the game were amazing as always.  I even hooked up my PS4 VR to play the game.  This game is not built for VR, but you can still hook it up into a movie mode and just use your controls like before to move around.  Since you can play Sherlock in first person this make the game even more enjoyable since it feels like you’re really in the game.  Though the quality is not the best (most VR game don’t have the greatest quality) it still looked pretty good.

Though I try to avoid giving games ratings, I would have to say I would give this game a 7/10 because of the fifth case and the plot holes because of it.  Still I would recommend you try this game and play the other 4 cases.

Thank you everyone for reading, I hope you enjoyed my review of the game.  Tell me what you thought of the game if you’ve played it before, I would love to know.