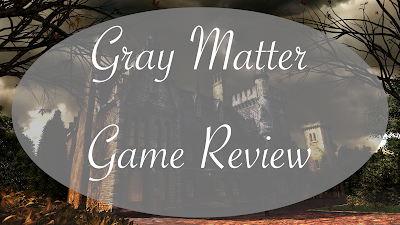 For today post I’m going to be reviewing the adventure game Gray Matter.  This game original was released in 2009 and was written by Jane Jensen.  This was  one of the first Jane Jensen's games that I played.  So let's get started!

"After a tragic accident, neurobiologist Dr. David Styles has become a recluse, rarely leaving his home, the Dread Hill House. One day, Samantha Everett, a street magician, appears at Dr. Style's doorstep just as he is seeking a new assistant. Samantha's first task is to find six people to form “The Lamb's Club” of human guinea pigs for Dr. Style's tests at Oxford University. The experiment starts off innocently enough, but then a chain of inexplicable incidents begin to occur, one after another.

Are these experiments as innocent as they appear? What is the true aim of Dr. Styles' research? What secrets are waiting to cross over from the other side? What If Reality Was Just An Illusion? At the end of the quest to uncover these dark mysteries of Dread Hill House lies the answer."

When I first started to play this game I thought that Dr. David Styles was an old man in his 60's or near 70's, but once I saw what he looked like in the game, I realized that I was completely off by at least 30 to 40 years.

I loved the graphics in the game, the graphics looked as if they were almost real.  I think thats what attracted me to this game.  The locations in the game were so realistic for its time.  I just loved exploring London in this game.

The voice acting in the game was great.  I could really feel the emotion of the characters and what they were thinking and feeling.  It made me build a strong personal connection with the characters in the game.

I was captivated with the storyline and just the flow of the game.  I felt that it leaned towards a more gothic style as the game is depicted and it just flowed so well.  I honestly wanted to play the game in one sitting, however, I refrained from doing that.


The game is set into chapter so you play one chapter as Sam or David.  Out of all the characters, I really liked playing David because I felt that he was misunderstood due to how the other characters portrayed him.  This really made me want to go and explore his backstory a bit more and understand what he was feeling.


There also is a rumor of a second game being written about one of the characters in "The Lambs Club." Now, I won't name whom because it will spoil the ending of the game.  But I will say this, the rumor has been a round for a while, but nothing has been made official, yet. So I would like to say to Jane Jensen as one of the many fans of her work, we would love it if you made a sequel to Gray Matter!

Thank you for reading everyone!  I had so much fun playing this game.  If you want to play this game you can get your own copy on Steam.  So have you played Gray Matter?  If so I would love to know what you thought of the game down in the comments below. 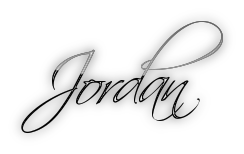